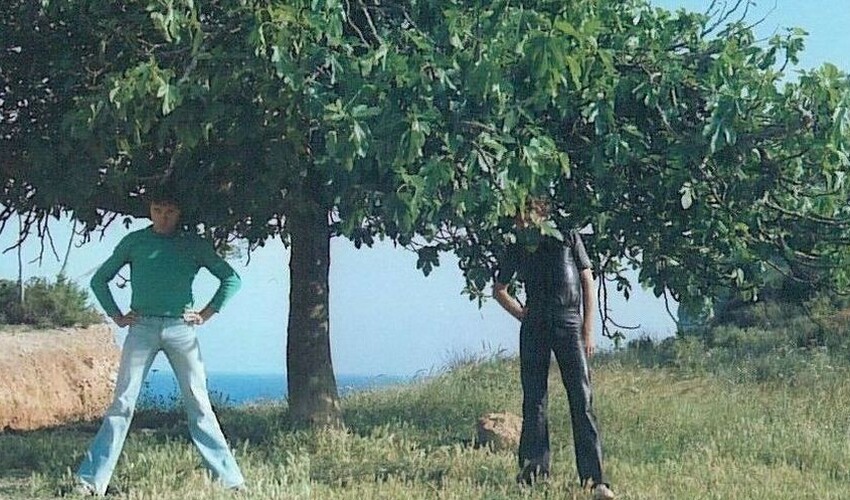 This page represents an homage to short leather pants which have been an every day piece of clothing worn by boys and girls throughout the first twenty years following the Second World War. German short leather pants were one of the earliest examples of unisex clothing.

Here is presented the kind of short leather pants with two zip fasteners and a more or less broad cuff at the thigh. As a boy who grew up in Northern Germany, I could not acquire a taste for the Bavarian and Austrian old-style variety with button flies. Which would have looked strange in the County Brackelstein.

Singular stuff like short leather pants which are a genuine German invention, mark turning points in the novels SNAKIE - DIANA and SNAKIE - BILLY. They contract friendships, break them or help to patch affairs of the heart up again. In the fifties and sixties of the last century, when urban agglomerations were not as crowded as today and people were widely unstressed and not distracted with today's excess of technical devices, the appearance of bare legs in short leather pants sometimes took an effect like a subtle charm. An nowadays outworn abracadabra, which actually is replaced more bad than good by knee-length shorts with huge pockets as for street thieves.

Since I re-wear the leather pants of my early years, I am greeted by people, who ignored me before as a Northern German “Piefke” (untranslatable – close to the meaning of “limey”, that slightly insulting American word for British citizens). Occasionally, someone adoringly comments: “Mei, so a schene olte Lederhos’n!“ (Heavens, what nice old leather pants!) As if I were, dressed in that manner honouring the tradition, more presentable than before. In Austria and in Bavaria, leather pants belong to traditional costume and are more integrated in everyday life than elsewhere. But they are dyed black or brown. In this regard, my worn out mouse-grey pants come across as an old man’s youthful protest.